A Family that Fosters Excellence

Welcome to Immaculata,
welcome to the family.

We are a Grade 8-12  independent Catholic high school serving the Central Okanagan.  Our average enrollment is 230 students, making for small classes and a close community. Our staff is made up of a range of seasoned veterans to newly graduated teachers who all choose to teach in a Catholic school to share their faith and support our youth.  We welcome students from all religious backgrounds and invite them to participate in our Catholic traditions.

Right from our vision statement: “Immaculata: A Family that Fosters Excellence”, we identify our students, staff and families as all part of an extended family. Teachers know all of the students by their first names, figure out who their siblings are and get to know their parents. Students know that the staff is available to them for academic, spiritual, and emotional support. We have had former students choose to return to Immaculata as teachers to continue their journey with the school.

We have had generations of families choose to attend Immaculata so that children of former students can enjoy the same experience that they enjoyed. 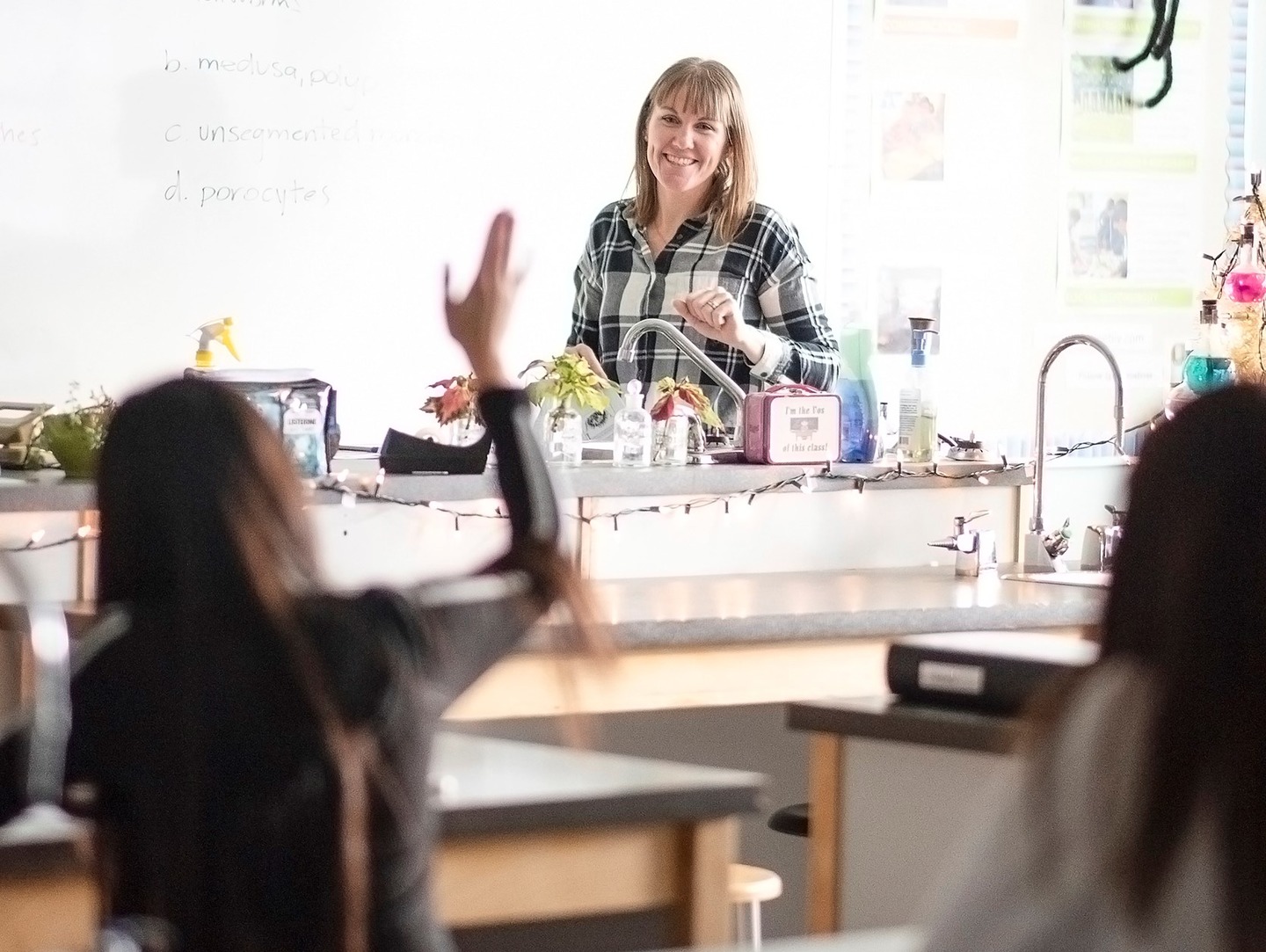 Immaculata has always been more than a school to me. It is also a home and is proudly a part of my family's heritage.
August Beetlestone, former Immaculata student and teacher, current parent.

In 1860, Father Pandosy, an Oblate Missionary, moved to the Mission Creek area, took out a preemption on a small tract of land and by 1885 Okanagan Mission comprised some two thousand acres. By 1884, besides residences, the settlement included a large mission church and the first school in the southern interior. Father Pandosy must thus be credited with planting the first "seed" of Catholic education in the Central Okanagan.

In 1938, the Sisters of Charity began formal instruction. By September 1950, St. Joseph Elementary School officially opened for instruction of grades K-7 inclusive. With the completion of Immaculata High School in 1960 a complete Catholic education from Kindergarten to Grade 12 was realized. The Sisters of Charity of Halifax ably assisted the first principal.

In September 1995, through the perseverance of Bishop Peter Mallon a new Immaculata Regional High School was opened. The new facility can house 300 students, with plans to expand to 600 students when needed.